Songkran in Phuket happens between April 13 to 15, 2019 (dates vary depending on the regions of Thailand). So, what is this Songkran Festival everyone is talking about lately?

If you choose to come to Phuket or Thailand in April, you’d better know what all this is about. Songkran is the Thai New Year, and it occurs when the sun moves position from Pisces to Aries. According to the Thai calendar, we are already in the year 2561. The entire country gets a lot of days off, and most Thai people will be going back home so celebrate Songkran with their families. Fortunately for you, it is business as usual in Phuket, and you will be able to enjoy all the tours and day trips as usual. Just expect a lot of traffic jams on the road as everyone is out on pick-up trucks, throwing water at each other. What Happens During Songkran?

Starting early morning on April 13th, people celebrate Songkran in many different ways. It is an exceptional day, and the water ceremony will take many forms. Initially, you are only supposed to sprinkle your family with a tiny cup of water. It’s good luck. You also sprinkle a statue of Buddha very respectfully and do a little pray. Later in the morning, the game stars to changes. Because this is the hottest time of the year, splashing each other with water is a lot of fun. Add a little beer to that and Songkran turns into a country-wide water war.

People living in Thailand will be divided into three groups: ‘Wild Wet Fun‘ fans, ‘Sulking Hermits‘ who will lock themselves indoors for three days having wisely stocked food, and ‘Smart Dudes‘, well organised, who will make use of the very long weekend to fly somewhere abroad and dry. 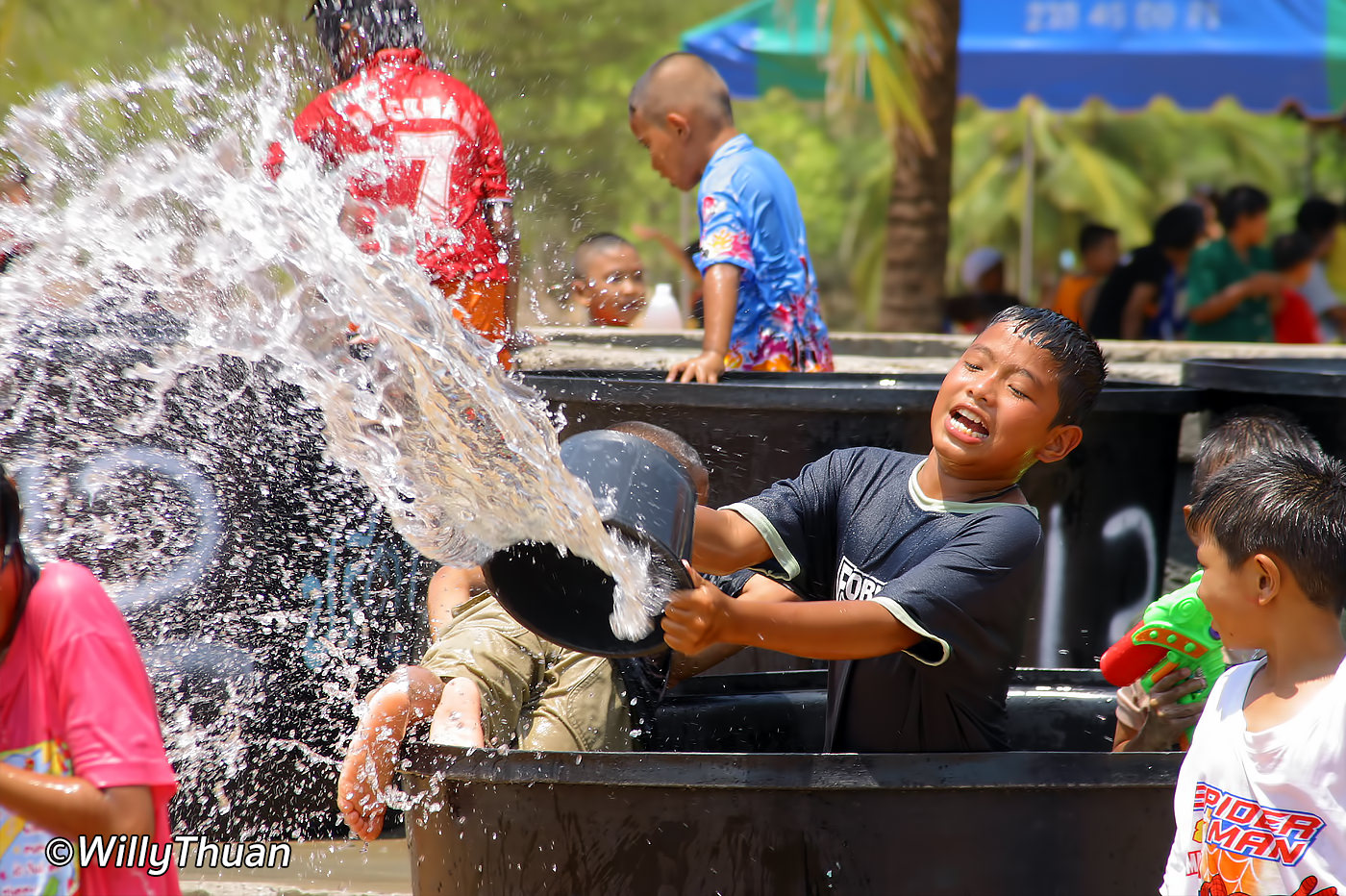 Where is the Best Place?

If you are of the first kind, you can join Songkran wet street parties from early morning. It starts rather gently in Phuket Town around 10 am, turning to water dogfights in the afternoon in Patong, Kata and Karon, and ends in a hectic, full-scale wet war zone in Bangla Road until late at night. 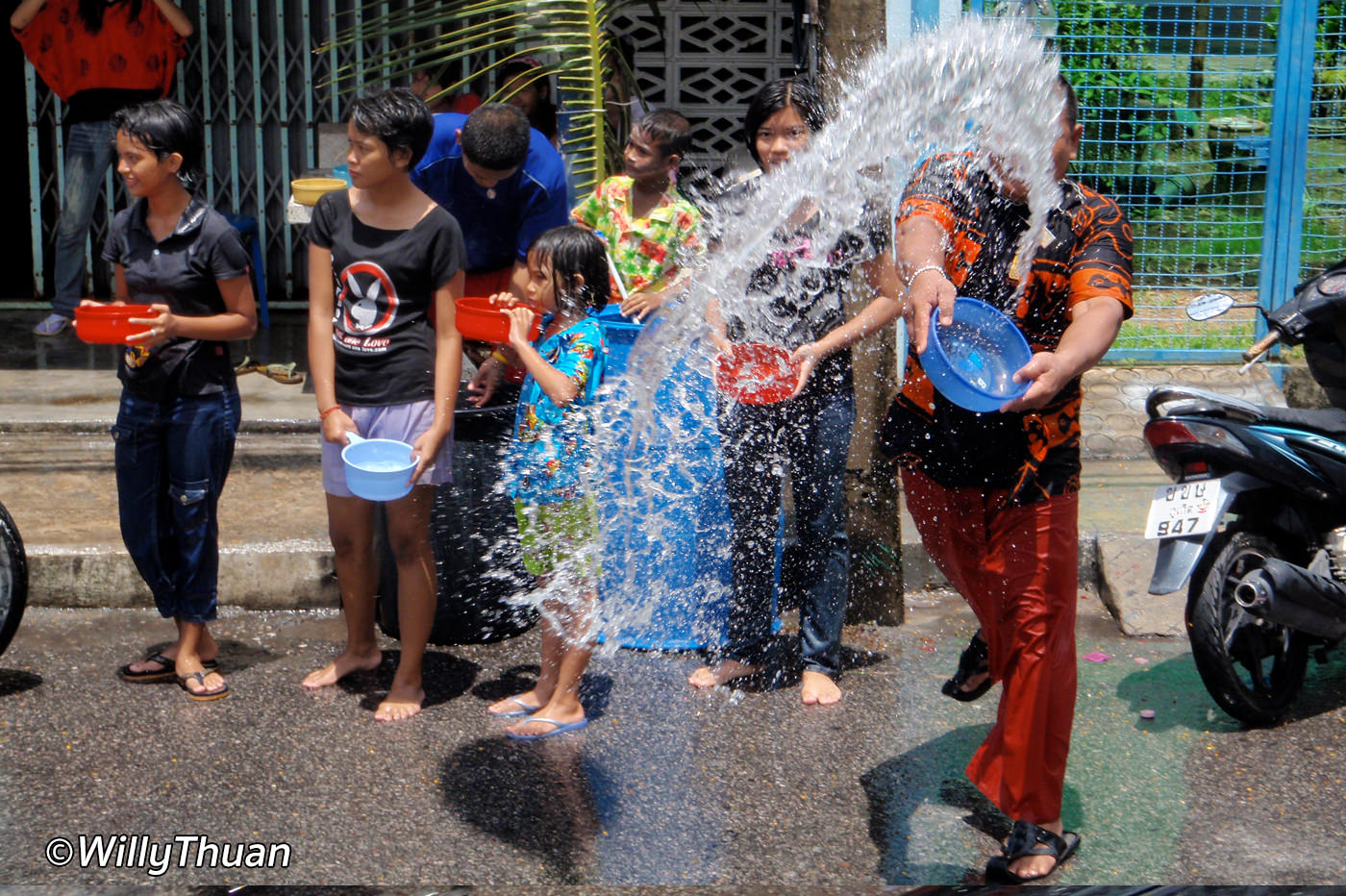 Everybody will join the Songkran festivities, kids, teens mostly, but also adults and tourists, divided into two camps: the ‘Strategically Ambushed‘ by the roadside with plenty of water ammunition, and the ‘Mobile Units‘ in the back of pick up trucks. Shops and supermarket make fortunes selling all kinds of colourful and humongous water guns. But the best weapon remains the good old plastic bowl and a big tank of icy cold water! 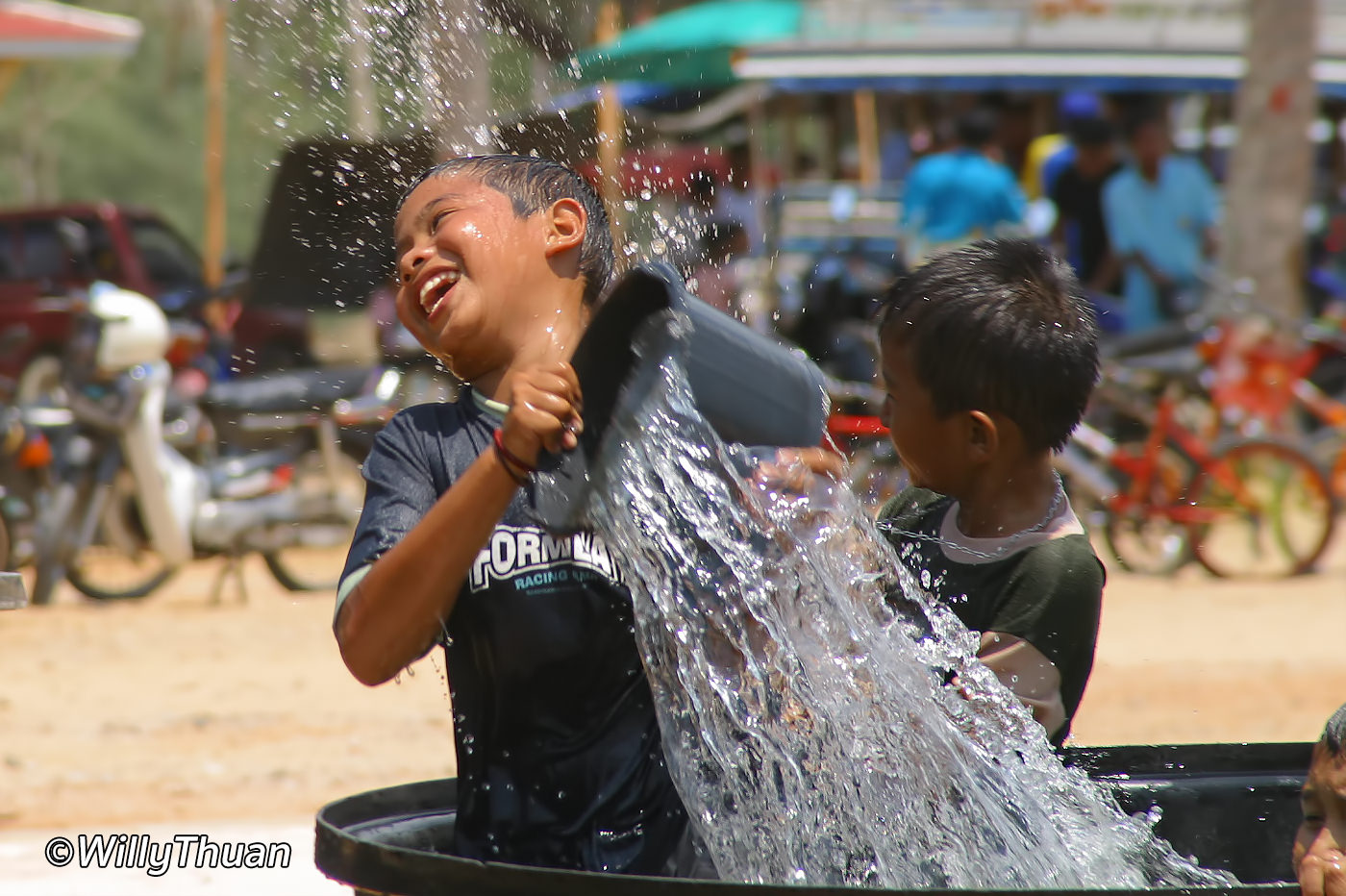 Cops doing traffic and security on the road are always the favourite targets for everyone, but they are used to this and keep a smile all day or even play along.